The United States population is rapidly changing, with one of most notorious transformations being the growth of Hispanic / Latino community.

Hispanics represent a significant and profitable market across many industries, including key areas such as healthcare. They are no longer just a sub-segment of the economy, but rather a very prominent player in all aspects of American life.

As part of the Hispanic Heritage Month, we’d like to share some key fact about U.S. Hispanics, that should be interesting for everyone who acknowledges their influence and wants to engage with this very significant market.

The data showed above expresses through numbers the extent of the U.S. Hispanic market. That’s why we must create programs and opportunities that support the Hispanic community’s health and wellbeing. The health and pharma industry can’t remain behind or ignore the trends of a growing and demanding population that needs particular attention due to the diversity of cultures grouped by the same language.

This next graphic  details some basic traits of Hispanics that could help to understand their singularities and their view regarding healthcare. 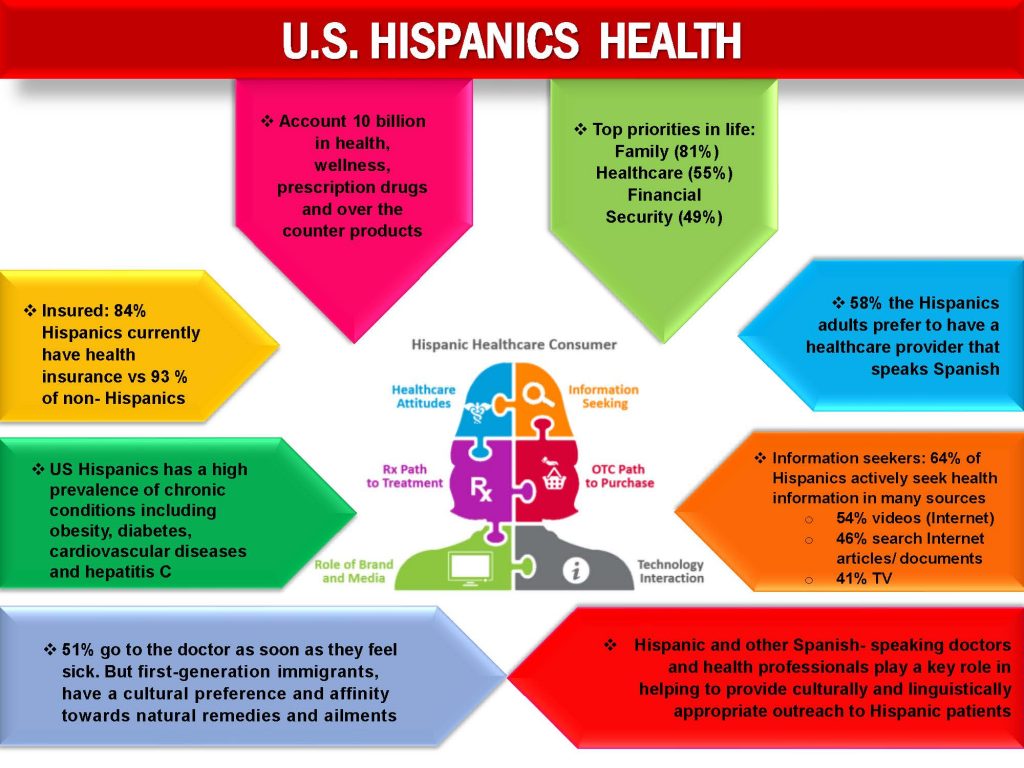 The Hispanic market is very well connected;  online consumers are very influential as they are not shy in spreading ideas, cultures and content. It is certainly an audience that needs to be targeted. 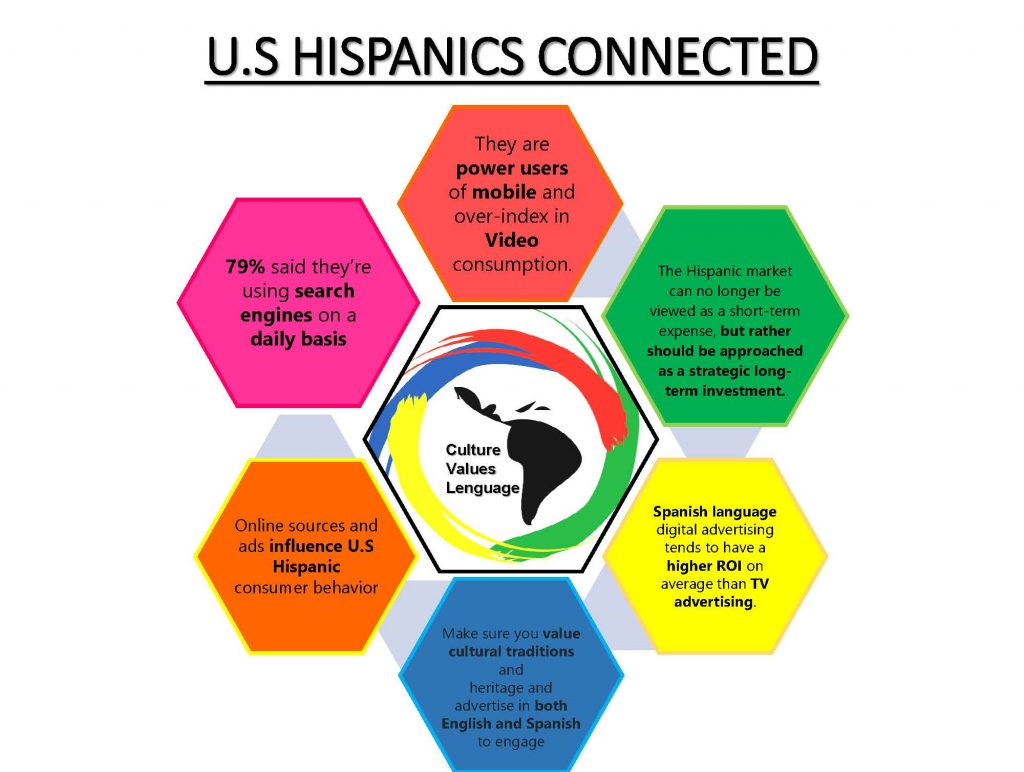 Another important fact about Hispanics / Latinos is the commitment and respect they show for their own culture and values, and they show their appreciation to those who are understanding of that.

Hispanics represent a powerful group and all industry sectors in the United States must be aware of their importance – whether is voting, consuming or deciding about their healthcare. Listen and learn about this market, and find ways to insert yourself and your company in it. We can help.